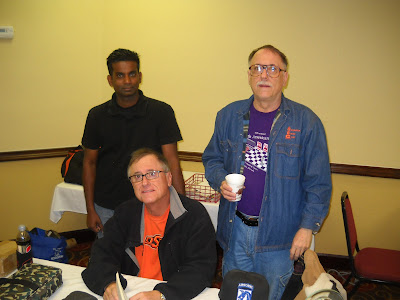 I would like to thank the Berry twins for their hospitality and for running a great event. I had a great time and made many new friends.  I would also like to thank Prakash and his son Aadithya for tolerating me on the Dallas-Stillwater leg of the trip. 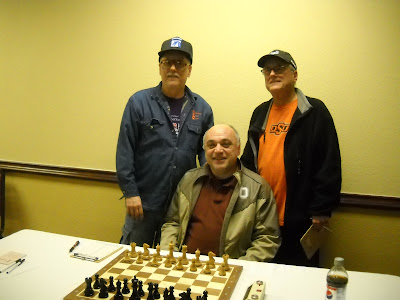 Jeffery Xiong was tied with the IM on 5.5/6.0
Since they had already played, they were paired against two players on 4.5/6.0

Most people predicted wins for the leaders.

The IM drew relatively quickly leaving the door open for Jeffrey to get clear first with a win. But Sergey was having none of that and won in this very interesting Knight ending. Look at where the kings are! 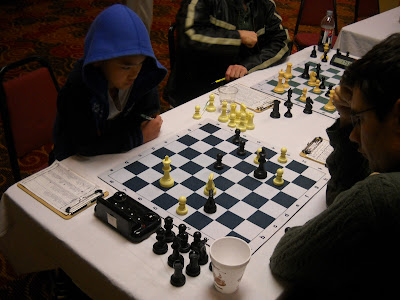 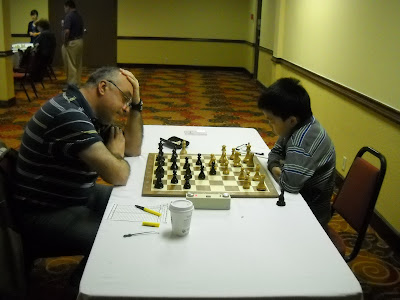 Ruifeng Li vs Goran Vojinovic
Sergey Galant had an interesting Knight ending against the IM in a losing effort in round 5. Perhaps what he learned in that game helped him to beat Jeffery Xiong in the last round. 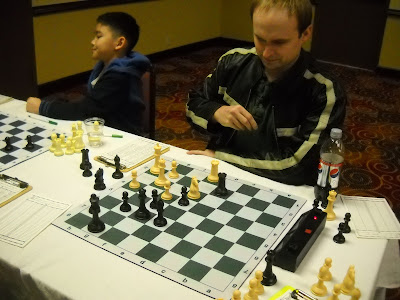 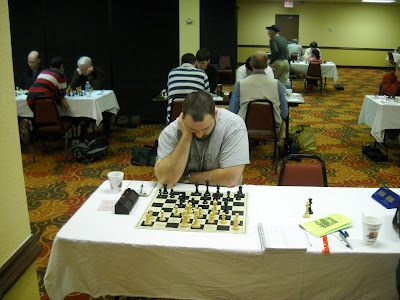 My Third round opponent Jason Wawrzaszek contemplating the merits of the London System.
Jeffery vs the IM from round 4